EVAnews is made up of five agencies from Germany (dpa), Belgium (Belga), Italy (Adnkronos), Spain (Europa Press) and the Czech Republic (ČTK), coordinated by the Belgian production company Instant News Service (INS). Together, they produce original video reports in a total of eight languages, covering topics of interest to people across Europe. 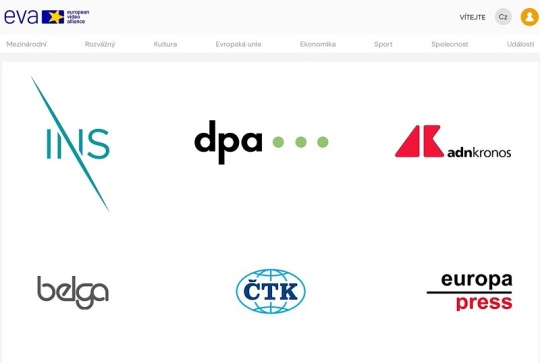 "Coverage of the European Union and European affairs across Europe struggles with the fact that it is mostly confined to individual national countries and often lacks cross-border coverage," Zdeněk Fučík, deputy chief editor of ČTK's news, said. "The EVAnews project offers a great opportunity to cross borders and expand the information awareness of the population of each country about what is happening across the border and what might concern them," Fučík said.

Each agency regularly uploads its original video reports into a common shared database, automatically captioning them so they are then freely available to the participating agencies. Each agency can then offer them for free use to its media clients. For them, this extends the range of video content on offer. They can use it for free, as the license is paid for by an EU grant. 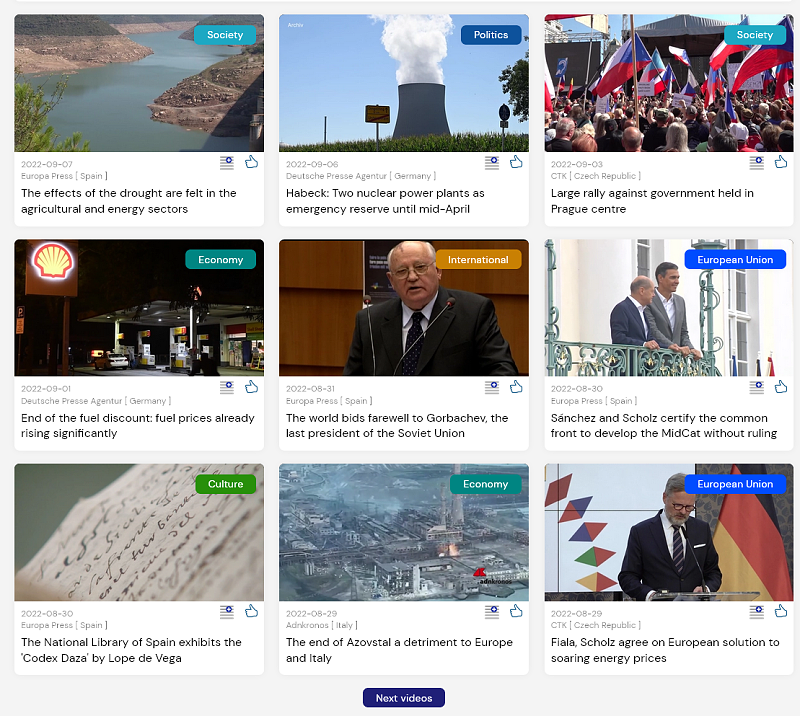 "Reporting on the European Union is a daily challenge for all journalists. The old story of complicated European politics and distant Brussels institutions that are detached from the daily lives of citizens is hard to kill," Patrick Delfosse, managing director and owner of INS said.

He mentioned that the same institutions too often communicate in a centralised manner without taking the national dimensions into account. Moreover, these messages are mostly in English and therefore the privilege of a small part of the population.

"In many newsrooms, European news is too often in competition with international news. This is why EVAnews is a unique and exciting project. The European institutions have finally had the intelligence to promote the exchange of information between the editorial offices of the various news agencies by ensuring total freedom of tone and analysis for the journalists on the EVANews platform who work in their mother tongue," Patrick Delfosse stressed.