The series of lectures on the work of news agencies, organized by the ČTK Academy, was the most beneficial activity the students of the Faculty of Social Sciences of Charles University (FSV UK) encountered during the summer semester, they said. The one-semester course entitled Agency Journalism "both entertained and educated them," they said. 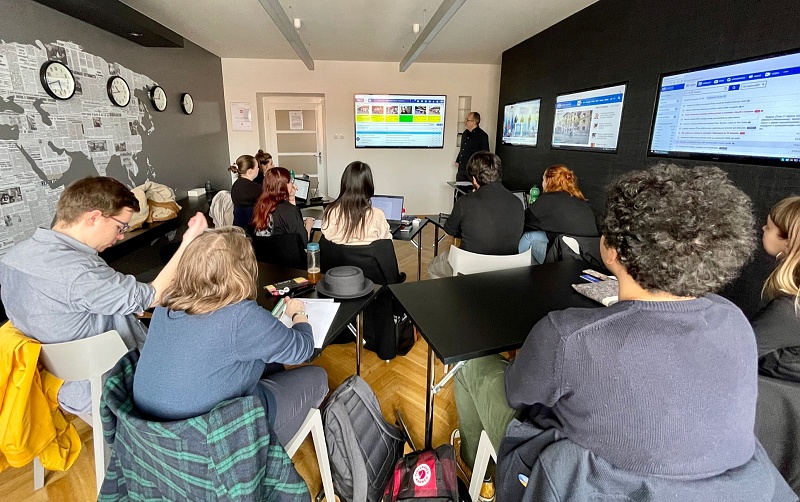 This year, it was for the first time that the ČTK Academy was in charge of organising the BA programme, as agency journalism had previously been taught within the faculty. Thus, the editors of the national news agency were involved in teaching the future journalists, and they did so right in the historical headquarters of the ČTK in Prague's Opletalova Street.

"I enjoyed the fact that we had a variety of lecturers in the courses – it was great to have a real expert on each topic," said Lucie Špetová, a second-year journalism student. 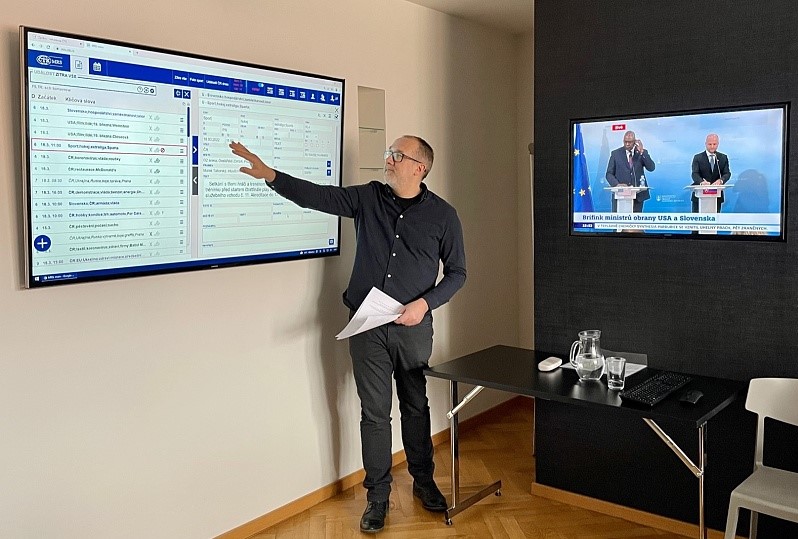 In the newly designed seminar, students learned about the history and current operation of the national news agency. Each course was led by a different expert, with editors of political, economic, foreign and sports news as well as a photo editor being engaged.

"I really appreciate all the seminars with the lecturers, especially their personal experience, thanks to which I have gained a better idea of what it is like to work at the ČTK," said Michal Kulič, a student of the MA programme Media Studies at the FSV UK. "This course was a highlight of my summer semester and I hope it will continue," he added. 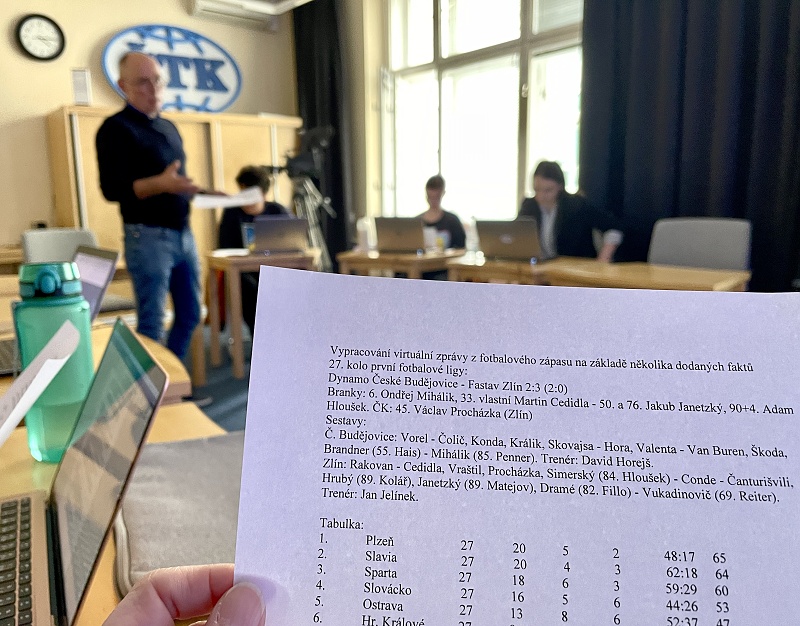 The students were lectured by ČTK reporters, editors as well as editors-in-chief. Editor-in-chief Radka Matesová Marková spoke about the principles of news production and planning. The ČTK staff showed the students what news formats the ČTK uses, how it handles sources, how it verifies information, how it works with social media and how the ČTK Infobank works. In addition, each student had full access to the ČTK Infobank for six months.

"This was the first time during my two years of journalism studies that I encountered the ČTK Infobank and it will certainly be useful for me in the future," said Špetová, who also appreciated the friendly and often entertaining atmosphere. She also liked the fact that in addition to the lectures at the ČTK, a visit to the Prague office of the Reuters news agency was organised. 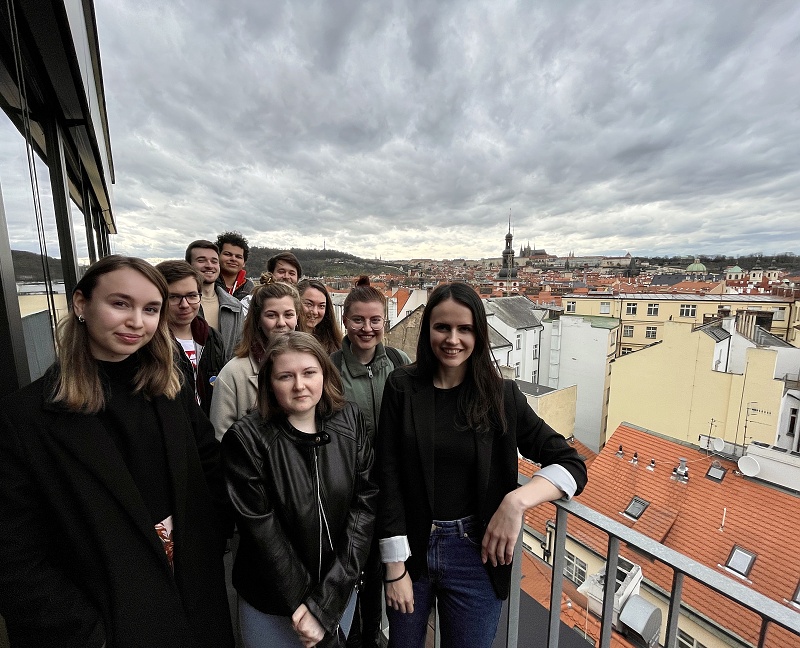 The management of the Department of Journalism at the FSV UK is satisfied with the new concept of the course. "I have followed the lectures on agency journalism irregularly but continuously through social media and the students' comments and observations, and I am very pleased with how well this semester has gone. We work with a wide range of media and journalistic stars, so when some students commented on this new course as the best in the summer semester, it is a great compliment for the ČTK lecturers in a tough competition," said Alice Němcová Tejkalová, the Head of the Department of Journalism. 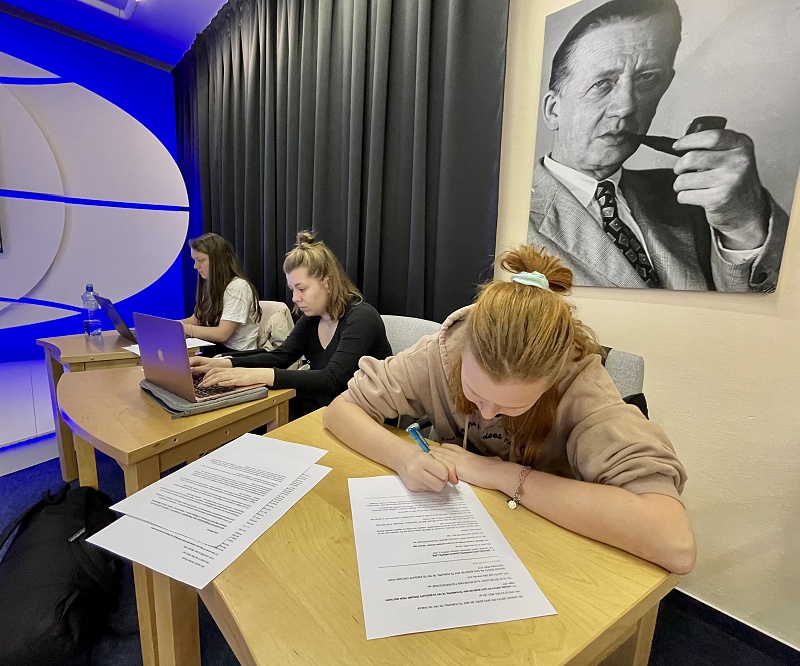 The ČTK has been cooperating with universities in a long run, supplying them with news, collaborating on academic projects and offering student internships. Since 2017, it has been organising the ČTK Summer School for university students, which will take place for the third time at the Summer Film School in Uherské Hradiště, southern Moravia, this year with the ČTK being one of the main media partners.