ČTK transmitting paid broadcast from concert for the first time

The ČTK has transmitted a paid video broadcast from a pop music concert for the first time in its 103-year history. The agency secured the broadcast of the Christmas concert of singer Petr Kotvald from the Church of Saints Simon and Jude in Prague on Saturday, December 18. Seven cameras mediated the experience from the performance for the fans who had bought online tickets, as the seats at the venue were completely sold out. The live broadcast available on the Internet was also a welcome opportunity for the people who could not take part in person at the time of anti-epidemic measures and restrictions of live cultural events. 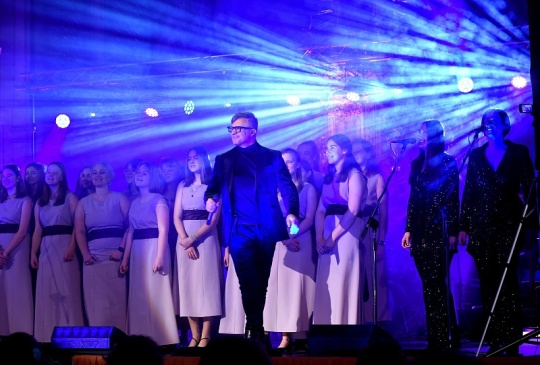 "In two and a half years, we have transmitted hundreds of streams from video conferences, assemblies, public debates, presentations of new products and even concerts that were accessible freely. However, never before, we secured a broadcast from a concert in this business model," Kábele said.

"We have found that we manage this not only in terms of production, but that thanks to cooperation with the Ticketportal.cz and Smsticket.cz servers, we can sell as many tickets to make such an event profitable. We are very satisfied. I want to thank Petr Kotvald and his team for going at it with us, and all colleagues of mine as well," he added.

"The stream was a much welcome option for all who could not get to the sold-out concert physically as well as for those who wanted to be there at the given moment but could not do so for various other reasons. Many of them over quarantine, for instance," the 62-year-old singer, dancer and producer, Petr Kotvald, said.

"All were enthusiastic about this opportunity though someone may have been struggling with technical problems of the connection, perhaps because they were trying this for the first time. However, there is no need to be desperate. All who were linked to the stream will obtain an edited version of the concert as an Epiphany present," the singer assured the viewers.