ČTK stands at beginnings of radio newscasting in Czechoslovakia

The Czech News Agency (ČTK) has a lion’s share in the development of radio newscasting in Czechoslovakia. Ninety-five years ago, a newsreader’s booth was set up right in the then ČTK building in Štěpánská Street, and radio news began to be broadcast from there. By then, the ČTK had been providing its news service to the then Radiojournal radio station since 1924. 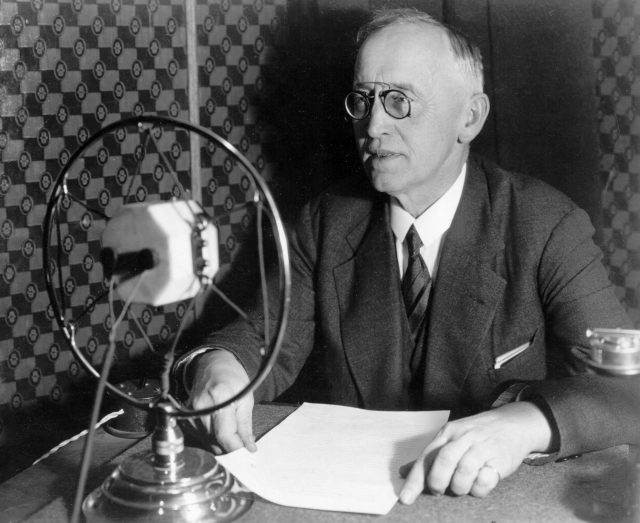 The first anchorman presenting news broadcast from the ČTK was editor František Soldán. (Photo by ČTK, 1933)

The ČTK, which was born together with the Czechoslovak Republic on October 28, 1918, was one of the pioneers of new technologies from the very beginning. As early as in 1919, it used radio for contact with its branches. The agency’s clients soon included the radio company, which began broadcasting regularly in May 1923, making Czechoslovakia the second European country to do so. It started to use the ČTK’s news coverage one year later. Subsequently, a newsreader’s booth was set up in the ČTK, and the first news was broadcast from there on September 21, 1926.

Compared with the previous practice when selected news items were telephoned from the agency to the radio, where they were written in shorthand and subsequently transcribed for the presenter, this was a big leap forward. Until the mid-1930s, radio was only allowed to broadcast news from the Czechoslovak News Agency, which received 3 percent of selected concession fees for its services. In addition to regular political news, the ČTK also provided information on trading on the stock exchange (frequent errors in transcription were one of the reasons why the newsreader's booth was set up right in the agency) and sports matches as well as snow reports. 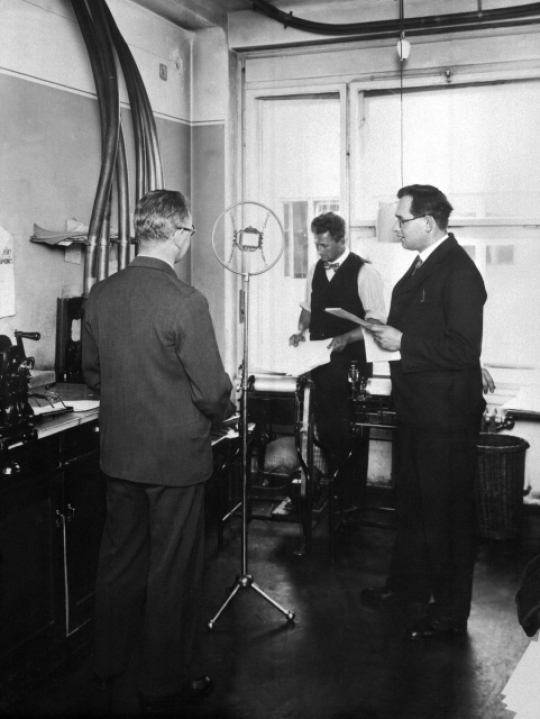 Editors during radio newscasting from the ČTK. (Photo by ČTK, 1935)

During the First Republic (1918-1938), the ČTK’s radio news desk did not edit the news and did not even have trained newsreaders, which resulted in media and political attacks on the agency. As Jan Stejskal writes in the book Zprávy z českého století (News from the Czech Century), which deals with the history of agency newscasting in this country, the radio company first took over the creation of press reviews and started preparing its own news entries in 1932, and four years later, a radio department for reports and news was established. The radio newsroom nevertheless continued existing at ČTK even during the Protectorate, but after 1944, news was presented by newsreaders of the radio company, which received the ČTK’s news through pneumatic tubes.

The then Czechoslovak News Agency returned to its own radio broadcasting after November 1989. In August 1991, the agency, in cooperation with the French state broadcaster Radio France Internationale (RFI), launched the broadcasting of radio station Radio Plus, but the combined Czech-French programme lasted only one year and 127 days. The Czech News Agency Act, passed in October 1992, prohibited the ČTK from operating radio and television broadcasting, so the ČTK’s radio activities were halted.

Audio news reappeared in the ČTK's services in the form of digital recordings made by ČTK reporters in 2001. Five years later, the video service was launched. The ČTK Infobank currently offers almost 209,000 audio recordings. As the ČTK follows the latest trends, it also started offering services for smartphones and tablets in December 2010. 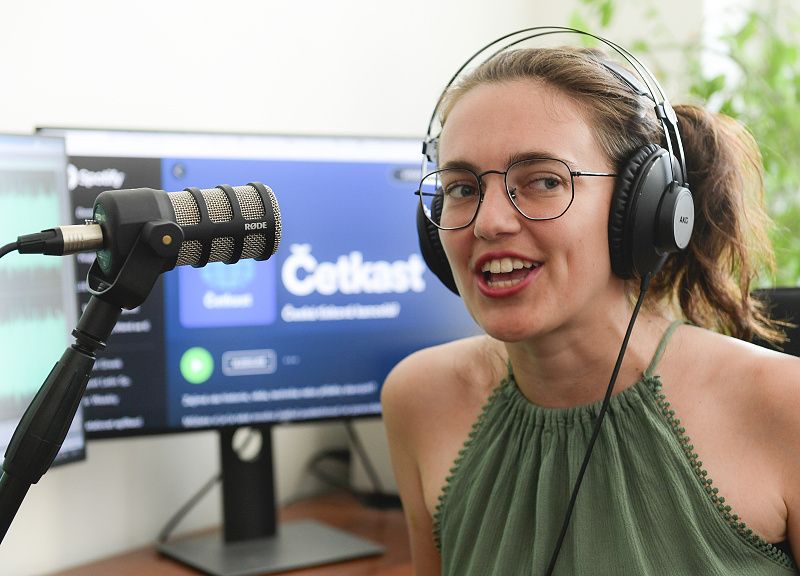 Audionews desk editor Kateřina Sýkorová during the recording of the Četkast podcast. (Photo by ČTK, 2020)

In April 2020, audio podcasts were added to the agency's production. They are published every Friday as an overview of interesting news from home and abroad. This format called Četkast occasionally also offers interviews with interesting personalities. During the Summer Film School festival, of which the ČTK is the main media partner, journalism students take part in its creation.