Journalism and photography students consider their participation in the ČTK's journalism workshop at the Summer Film School in Uherské Hradiště to have been "amazing experience" and "a great school". They appreciated particularly that they could meet a number of interesting artistic personalities whom they would not normally get to. They also praised the professional and friendly approach of the ČTK team lecturing them. Under the supervision of experienced journalists from the ČTK, the students tried out writing news, taking photos and recording podcasts. 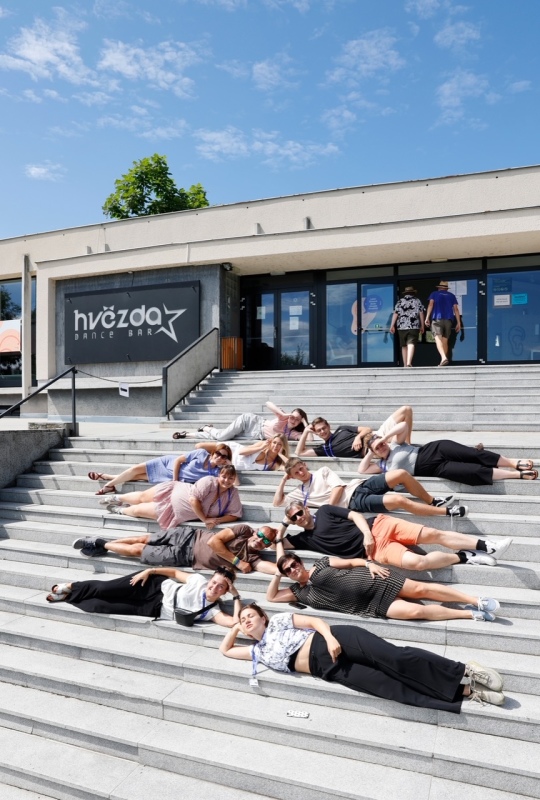 "The workshop led by the ČTK was a really big school for me. In eight days of work, I wrote more news stories than in a whole year at university. I learned the accuracy and speed that is very important for my profession," said Alena Harciníková, a student at the Faculty of Social Sciences of Charles University, who also appreciated the opportunity to make podcasts at a professional level. "I really enjoyed talking to the artists," she added.

Student Kateřina Ježková enjoyed the recording of podcast interviews with the festival guests as well. "The most important thing for me probably was the experience that there is no need to be overly afraid of anything. During my first podcast, I was so nervous that the guest, actor Martin Huba, started to calm me down. After the podcast, he taught me the correct breathing technique, which he teaches his students at the theatre academy. The thing I was afraid of eventually turned into one of the most pleasant afternoons at the festival," said Ježková, who will return to the Faculty of Social Sciences after the summer holidays. 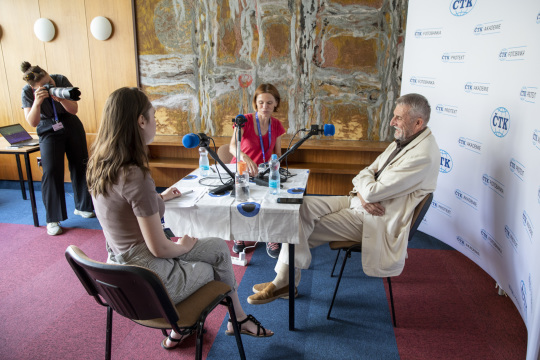 Her university colleague Žaneta Levíčková, too, was looking forward to the festival and field work, which journalism students could not do much due to the coronavirus pandemic over the last year. "The workshop exceeded my expectations. I met a lot of interesting personalities that I would not normally meet, I had a cultural experience at one of the best film festivals and I also enjoyed myself tremendously during a dulcimer evening," said Levíčková, adding that she would use the new experience her whole life.

Vojtěch Dvořáček, another student of the Faculty of Social Sciences, praised the work with the ČTK team, too. "The workshop was a great opportunity to get to know top Czech journalists in other ways than through their work only. Under their leadership, I felt not only as a student but also as part of a team that together form something meaningful," said Dvořáček. The students agreed that the team of lecturers treated them as equals and that they led them while leaving room for their own ideas. "They did not spare us criticism and gave us precious feedback, which helped us make progress most of all," Levíčková added. 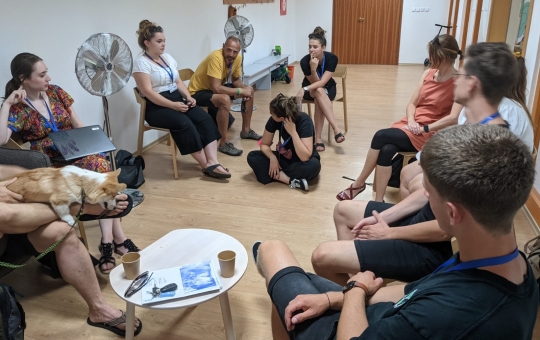 David Urban, a beginning photographer, highlighted the new experience he gained in making photo reports "both in terms of efficiency and speed of work, and communication with people in general.” “I am also very happy that I had the opportunity to talk to famous actors and work with them through photographs both for the ČTK newscasting and for my diary, for which I take portraits with my analogue camera," said Urban, a student of the Michael Academy, adding that he had "felt at home" with the ČTK journalists.

"My reactions to the workshop? I don't want to go back to Prague!" Anna-Marie Křížová, a beginning photographer, summed up her stay in the metropolis of the Slovácko region. 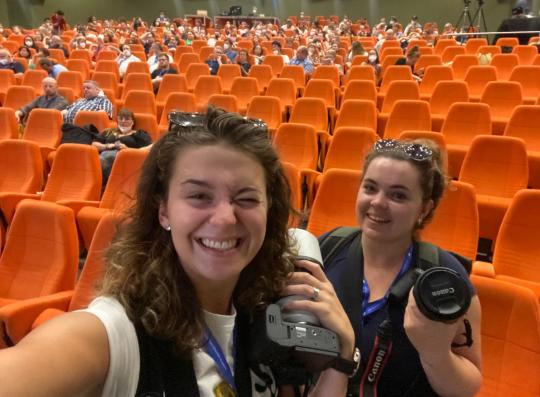 The ČTK was one of the main media partners of the Summer Film School this year again. At the festival, the ČTK premiered its new open-air exhibition called The Olympic Moments. It also exhibited photos by ČTK photo reporter Roman Vondrouš and organised a debate with him. Through the Protext Video service, the ČTK provided live transmissions from press conferences, debates as well as from the grand opening and closing of the festival.