The outdoor photographic exhibition Olympic Moments that the Czech News Agency (ČTK) presented for the first time at the Summer Film School in Uherské Hradiště depicts the most interesting moments from the history of the Czechoslovak and Czech participation in the Olympic Games. Some 40 display panels show 155 photographs of Czech and Slovak Olympic athletes. Most of the pictures come from the photo archive of the national news agency. The exhibition will be held in Uherské Hradiště until at least mid-September and then it will tour other towns. 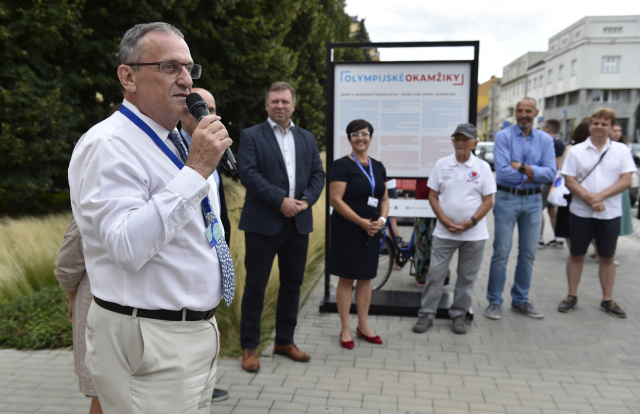 ČTK General Director Jiří Majstr reminded that the opening in Uherské Hradiště was a global premiere of the exhibition. (Photo ČTK/Dalibor Glück, 2021)

The exhibition includes well-known photos of Olympic winners as well as their pictures that did not fill papers’ front pages at the time they were taken. "We wanted not just beautiful and interesting photos but also stories that were behind the success to be there," the former long-term head of the ČTK sports desk, Ladislav Josef, who cooperated with ČTK news desk editor-in-chief Radka Matesova Markova and ČTK Photo Bank editor-in-chief Petr Mlch on the display preparation, said at the opening today. 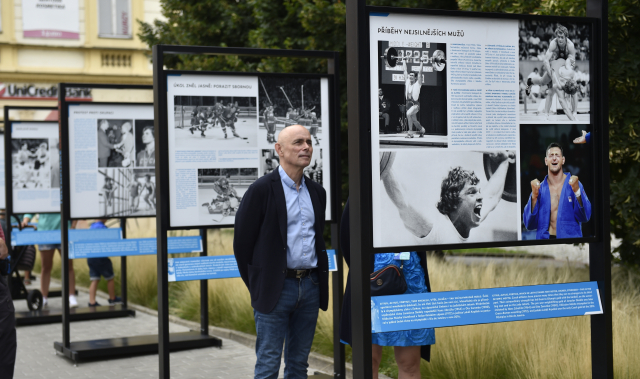 This is also why the displayed photos of Olympic athletes are accompanied by interesting stories linked to them. "I was intrigued, for instance, by the fact that the athletes had to cover the journey to the Games from their own pockets in the 1930s. When they travelled to the Olympics in Los Angeles during the economic crisis, the colleagues of the weightlifter from the Prague police corps collected money for him to be able to go at all. Weightlifter Jaroslav Skobla then won a gold Olympic medal there," Josef said.

A guest to the exhibition opening was the oldest Slovak Olympic winner Ján Zachara who brought a gold medal in box from the Olympics in Helsinki in 1952. In Uherské Hradiště, he recalled Emil and Dana Zátopek, with whom he participated in two Olympic Games. 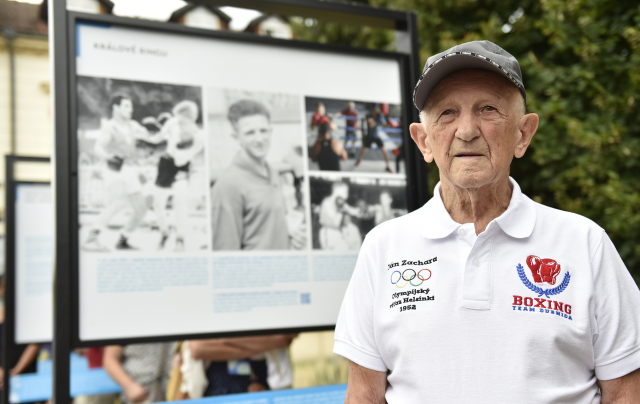 The oldest Slovak Olympic winner, boxer Ján Zachara, poses for a photo in front of the panel showing him in several pictures from the Olympics in Helsinki in 1952. (Photo ČTK/Dalibor Glück, 2021)

According to Josef, it was very difficult to select the most interesting photographs from such an immense amount of photos of the winning Czechoslovak and Czech Olympic athletes. "To date, we had 75 gold medals. Now, their number has risen by another four, and other seven silver and bronze medals on top of that, so a few panels should be added to the display," he noted. The authors say the exhibition will be additionally completed by the photos of the Czech athletes who scored success at the Games this year.

Josef covered six Olympics as a ČTK reporter, and the work of sports journalists has dramatically changed, in his opinion. "My first Olympic Games were in Seoul in 1988, and since then this has turned into a completely different profession. There was no Internet, digital photography and laptops then. We were basically handwriting everything into a note book," said Josef, adding that demands for news speed have considerably risen since then and at the same time, new Olympic disciplines have emerged, so reporters are always on the trot.

ČTK photo journalist Roman Vondrouš captured the successes and losses of Czech athletes at three Olympic Games. "It starts with the opening ceremony, then two weeks follow when we go to bed at two at night and get up at six. It is almost such a hard lot, but on the other hand, this is balanced by spontaneous and strong experiences, as it is an honour to every photographer to work at the Olympics," Vondrouš noted. 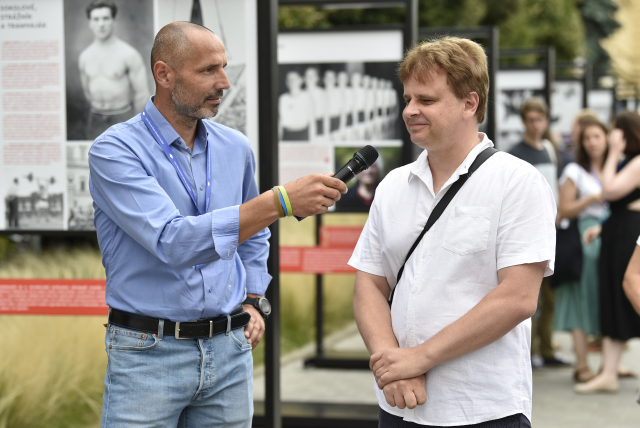 The Olympic Moments will be a touring exhibition – after its premiere in Uherské Hradiště, further stops are being planned. It is to be presented, for instance, in Brno and Prague, and sports journalist during the Winter Olympics in 2022. In the spring, it will be part of the series of events "Zátopek 100" in Kopřivnice. Besides, the ČTK is preparing educational material for schools from the exhibition.