The Horse Racing Association, which stages the Velká pardubická Steeplechase (Grand Pardubice Steeplechase), has refused to grant accreditation to ČTK photographer Roman Vondrouš, who has won a number of prestigious awards for his photo reports from the racing environment, including World Press Photo. The reason is that the association does not like Vondrouš's pictures from the race released by ČTK last year. It said it would still consider granting the accreditation if ČTK nominated another photographer. This has, however, been rejected by ČTK, which said it amounted to censorship of independent media.

According to the Horse Racing Association, last year’s ČTK photos from Velká pardubická are unethical. One of them shows the fatal fall of jockey Jan Kratochvíl from the horse Sottovento while jumping over the Great Taxis Ditch. Despite ČTK’s repeated requests, the Horse Racing Association has not issued an official statement on the photo, but in e-mail responses to a number of accreditation requests for photojournalist Roman Vondrouš, it said ČTK's photos from last year's Velká Pardubická were at variance with ethical rules. 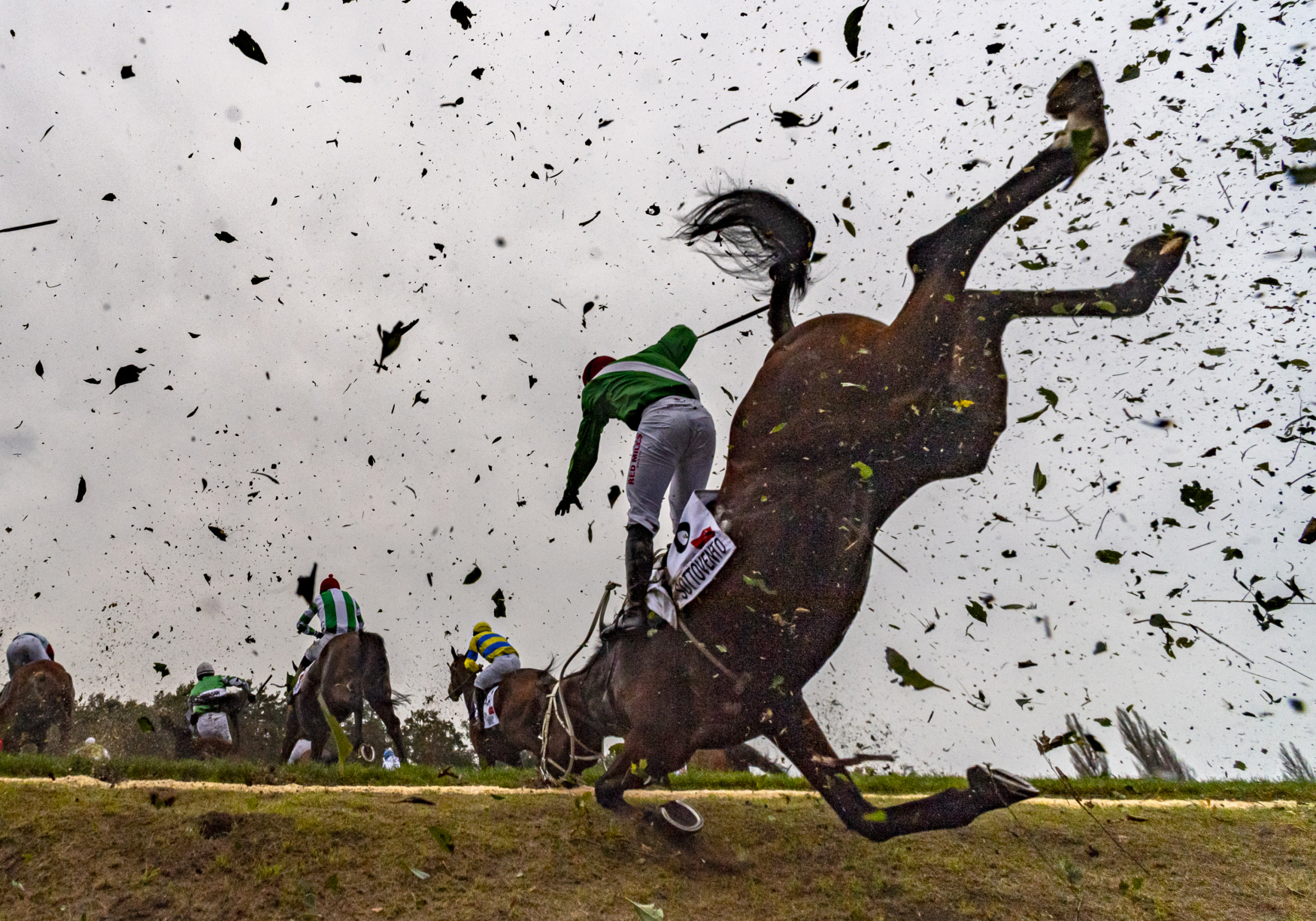 "The photo series is balanced, capturing victories as well as losses, joy as well as grief. The disputed photo from the Taxis Ditch is both professional and ethical. The horse that lost its life at the most difficult obstacle was not disgraced in any way," said Radka Matesová Marková, the editor-in-chief of the ČTK's news desk. ČTK does not modify the content of its photos, and any tampering of its photos is inadmissible, she emphasised. "Tampering also includes censorship, and this is unfortunately how we can view the steps taken by the Horse Racing Association towards our photographer. By not granting him the accreditation, it punishes him for capturing the reality," she added.

The author of the photographs, ČTK photojournalist Roman Vondrouš, has won a number of prestigious journalistic awards for his photos from the racing environment. Last year, he received the main prize of the Czech Press Photo contest. In 2019, he won in one of categories of the competition organised by the International Sports Press Association (AIPS), catching the jury's attention particularly by his photo series from horse races. He also won the first prize in the sports series category of the Pictures of the Year International (POYi) contest and the first prize in the single sports category of the Istanbul Photo Awards. In 2013, he received the first prize in the category of sports events for his series of photos from the racing environment in the prestigious international competition World Press Photo. 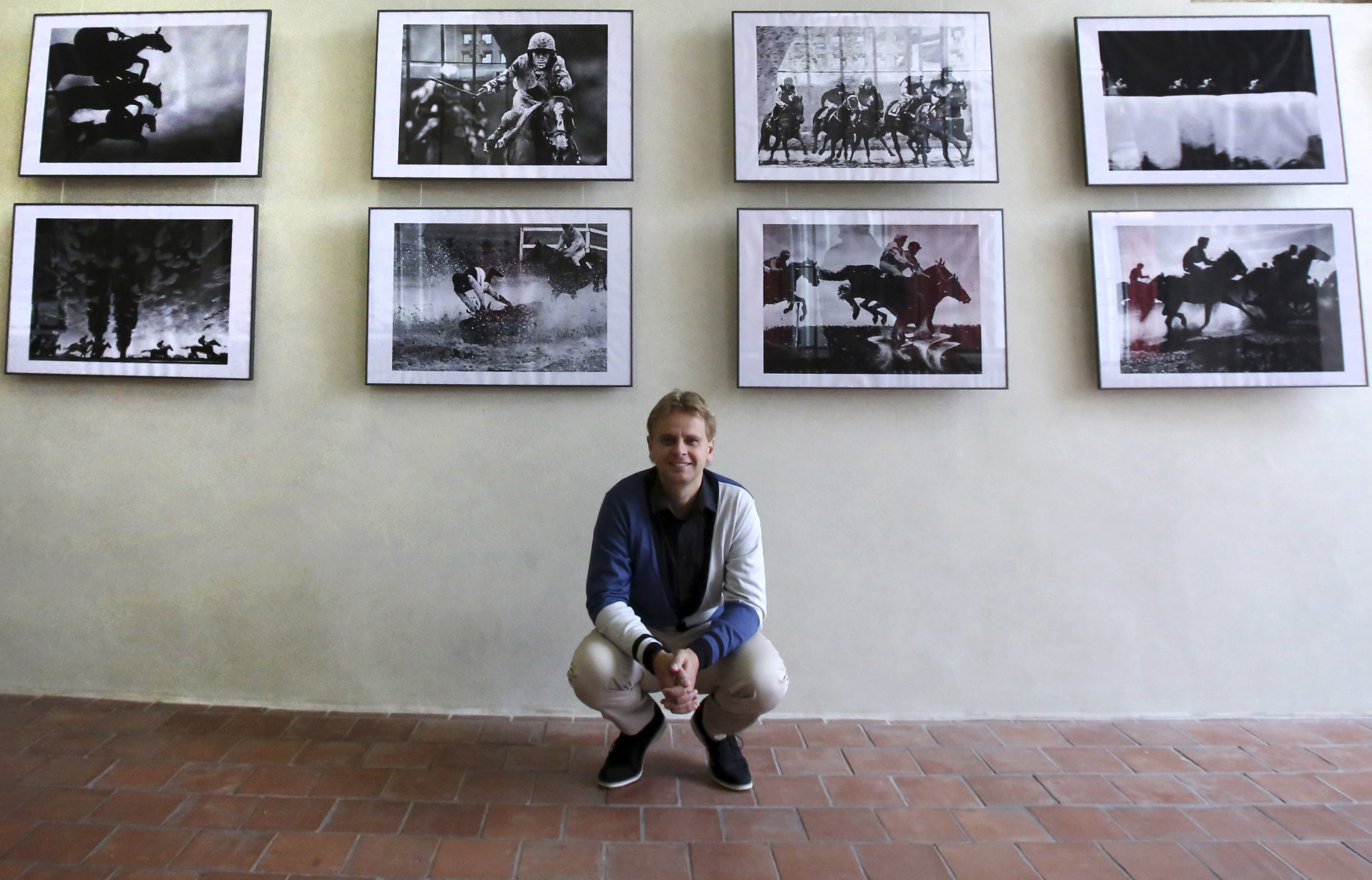 Vondrouš in front of the victorious series from horse races that won the World Press Photo in 2013 in the category of sports events. (Photo by ČTK, 2013)

"I have been taking photos at horse races for 20 years. Over that period, I have been to hundreds of horse races, taking thousands of pictures and capturing countless shots both on the racetrack and behind the scenes, many victories, losses, emotions, dramas, and sometimes even sport tragedies. Unfortunately, these are part of sports, too. As a photojournalist I have many years of experience in major sporting events, including three Olympic Games, and I often consult renowned editors, photojournalists and other professionals. I insist that I have never crossed any ethical boundaries with my photos, not only in the horse racing sport," said Vondrouš. 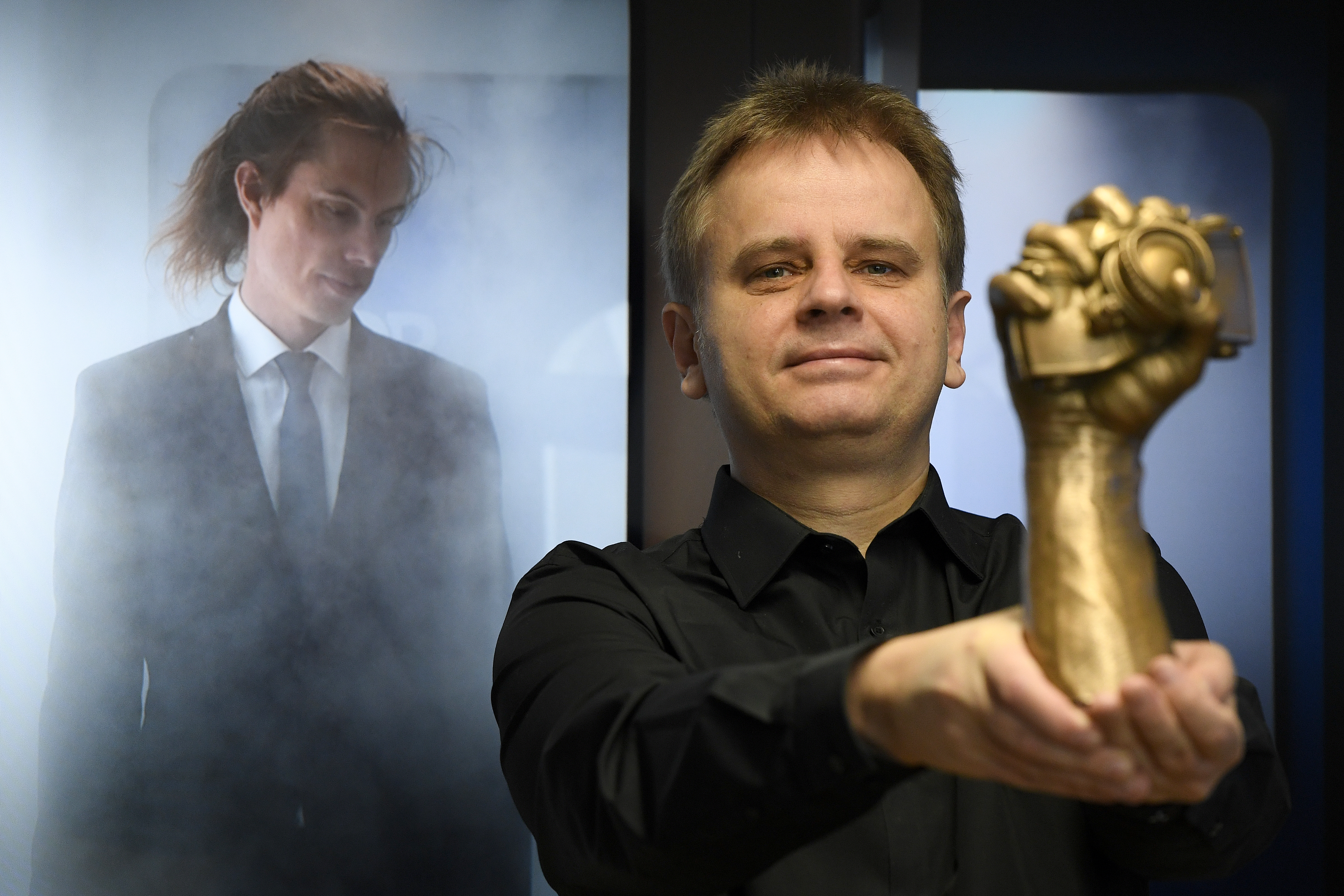 ČTK photojournalist Roman Vondrouš posing with his Photo of the Year award from the Czech Press Photo 2020 contest in Prague on December 2, 2020. The winning photo in the background. (Photo by ČTK/Ondřej Deml, 2020)

The administrative and supervisory board of Czech Photo, composed of leading experts in the field, such as Vladimír Birgus, Jindřich Štreit and Filip Láb, announces the Photo of the Month each month, a unique photo that captures an important event of the past month in a professional and highly aesthetic way. The photo of last year's fall at the Taxis Ditch was selected as the Photo of October 2020.

"This extraordinary shot is a visual testimony of the situation, which is the basic role of journalists," said Veronika Souralová, director of the Czech Photo organisation. Vondrouš's photographs are highly valued on both the domestic and international scenes, she added. "I consider it entirely absurd to ban a photographer from entering the racetrack for doing his job well," Souralová said.

The Taxis Ditch, the famous and most difficult jump of Velká Pardubická, is to undergo several adjustments this year. The Horse Racing Association has announced that, based on talks between an expert group and the Czech Steeplechase Association, the ditch will be shallower, with a gradual surface and no landing edge. The expert group was formed after last year's 130th race and the fatal injury of the horse Sottovento.