ČTK photojournalist Roman Vondrouš has scored among the world‘s photographers again, winning the first prize in the single sports category of the Istanbul Photo Awards international contest. He received the award for his photo of the Bohemians 1905 Prague football team’s fans watching matches from ladders leant against the stadium wall. 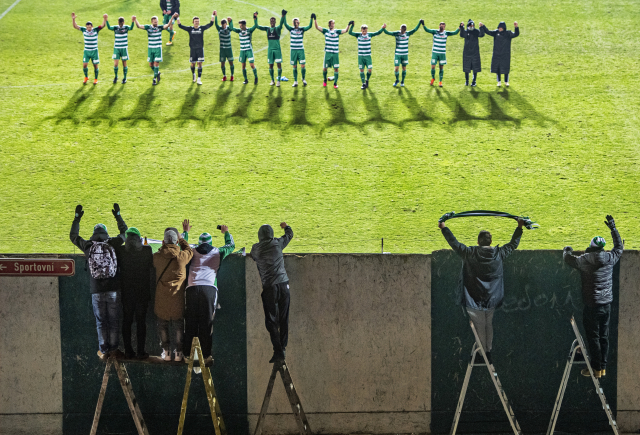 Istanbul Photo Awards is an international photo contest organised by the Turkish Anadolu Agency, which celebrate its 100th anniversary this year. The contest aims to offer an insight into the sphere of news photography and to support the hard work and dedication of news photographers worldwide. Around 12,000 photographers have enrolled for the contest over the past seven years.

Czech Olympic Committee photographer Barbora Reichová scored high on behalf of the Czech Republic in the Istanbul Photo Awards this year as well. She won the second prize in the story sports category for her Unbreakable Olympians photo series in which she depicted Czech athletes preparing for the Olympic Games in the difficult conditions during the pandemic.