Radek Smekal, a correspondent of the Czech News Agency (ČTK), is the first Czech holder of the FIS Journalist Award. FIS, the International Ski Federation, bestows the award annually on a journalist who has contributed to the development of ski sports with his or her work. Smekal has been writing about skiing, snowboarding and other winter sports for over 20 years. He has attended four Winter Olympic Games. The award was presented to him by Lukáš Heřmanský, the President of the Czech Ski and Snowboard Association. 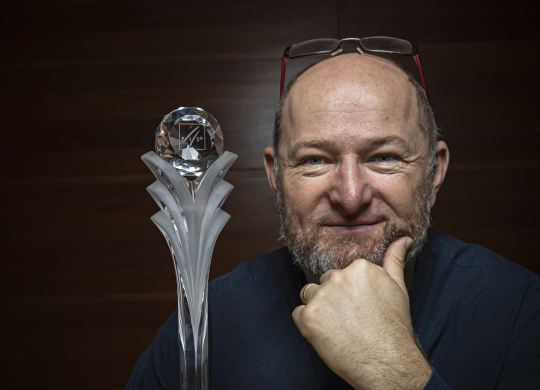 You are the first Czech journalist to receive the FIS Journalist Award. Did you expect that?

I didn’t know about it at all! I view the award as an appreciation of all people who wrote about skiing before me. People like Vladimír Nečas and Jura Pošvář here at ČTK or Václav Pacina, Pavel Loněk and Václav Cibula. They taught me how to write about skiing and showed me how this job should be done. 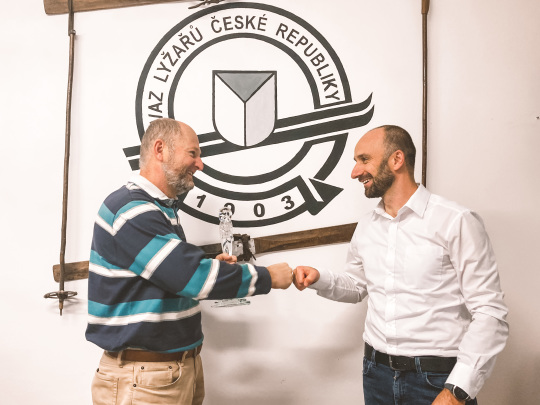 You attended the Olympics for the first time in Salt Lake City in 2002. What was this experience like?

Well, my first Olympics! It was a great experience. This is where Aleš Valenta won his gold medal. But I didn’t cover him. That was the job of my colleague Láďa Josef. I was covering Katka Neumannová. She was expected to win a gold medal in the sprint because she had won the qualification. But in the end she was out of the race in the quarterfinal heats, so the celebratory articles ended in a drawer. But then the big surprise came – Aleš won the jumps. We are friends to this day.

And golden medalist Katka Neumannová with her touching finish and her little daughter running to her. It was a moving moment for journalists as well. Cross-country skier Lukáš Bauer also won a medal there. Cross-country skiers were really shining at that time. In Italy, we lived in the mountains. We were staying with a family who even made meals for us, so when we returned in the evening, starved out after the entire day, they always had their fantastic homemade pasta ready. 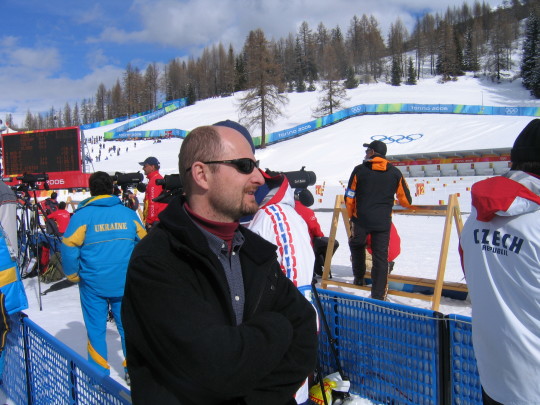 You have been to four Winter Olympic Games. Have ski sports changed over the more than 20 years since you started in ČTK?

The success rate of individual sports changes. I remember successful jumpers much less than brilliant cross-country skiers such as Neumannová and Bauer. Then it changed over time again and we became successful in biathlon and snowboarding, particularly in snowboardcross thanks to Eva Samková. At the last Olympics, Ester Ledecká turned her dominance in the parallel giant slalom into gold.

Aren’t there too many disciplines? Do you manage to know all of them well?

It’s clear that I have to watch skiers at world cups all year round. But sports evolve, and I am getting to know them as they come.

That was at the beginning when snowboarders did not take the Olympics very seriously. They were "free" and such a giant event seemed to them to be too bound by rules. However, some disciplines have gradually become truly professional today. The most important thing for the promotion of individual disciplines is a success, but it also depends on how interesting and communicative an athlete is. Everyone used to watch Valenta, but today, almost nobody knows that aerials exist. After Sáblíková ends her career, we will forget about speed skating. The same will happen with Ledecká and parallel snowboard disciplines. Since the last season, she has been snowboarding less, and logically, everybody is now less interested in the parallel giant slalom. Except for football, hockey and tennis, a sport discipline becomes a focus of interest when successes are seen, and sometimes it is difficult to follow suit. Especially when it comes to very specific disciplines.

Is writing about winter sports unique?

I like that I can work outside, in the fresh air. Even if we sometimes sit for hours in press centres, it is still an outdoor sport where athletes not only compete with others but they also have to cope with the elements. In indoor volleyball, the important thing is how good you or your opponents are. But skis are not about the competitors only. They are also about whether you can ride in a particular type of snow, whether it is foggy, freezing or raining outside or whether the snow is melting.

I also enjoy getting to places I would not normally visit. Sierra Nevada, for example, is an interesting ski resort in Spain, and it is within sight from Africa. The snow was pink there. The wind blows sand from the Sahara, so skiing there is very specific. And it is a pretty sight to watch Spaniards who are very enthusiastic even though they are not particularly brilliant skiers.

Or take South Koreans on snow! It is hard to imagine anyone skiing at Korean resorts, on ski slopes for instance. They ran and did biathlon on golf courses. 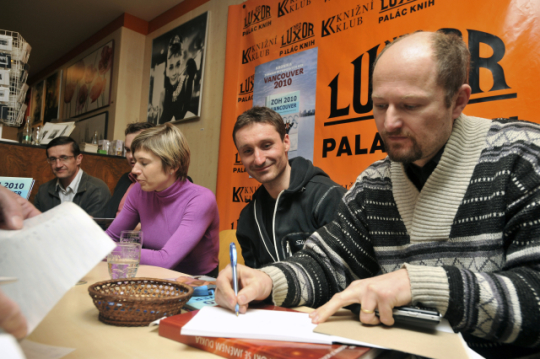 From the right, one of the authors, Radek Smekal, and sponsors Jiří Magál and Kateřina Neumannová, launching a book on the Winter Olympic Games called WOG Vancouver 2010. Photo by ČTK.

Do you have a special outfit when you write out in the cold?

We who just write usually don’t. We stay at the foot of the hill and when it starts to rain, we go to the press centre where we can watch everything on TV, and we only run to the mix-zone for interviews. Photographers, however, need special gear and outfit. They have crampons and really warm clothes for downhill and jumping disciplines, as they spend hours on the slope.

The Pyongyang Olympics, for example, was unforgettable. It was bitter cold there. At the World Cup in Finland, the temperature was minus 25 degrees, but it was a typical northern winter. We did not stay outside very long, but it was similar to the winter in our country. But the Pyongyang winter was extremely dry. We were chilled to the bone even though the temperature was only minus 18. The feeling was much more uncomfortable than the cold I remember from Finland.

What do you never forget to pack when you go to the Winter Olympics?

You have to be prepared for going constantly in and out, so you need a balance between the cold outside and the warm inside. Modern thermal clothing allows you to take off just a jacket when you come into a warm room. In the past, you had to take off one sweater, another sweater, a scarf and gloves. When I was in Finland, I bought a perfect Nordic hat which I wear to this day because it is simply the best. 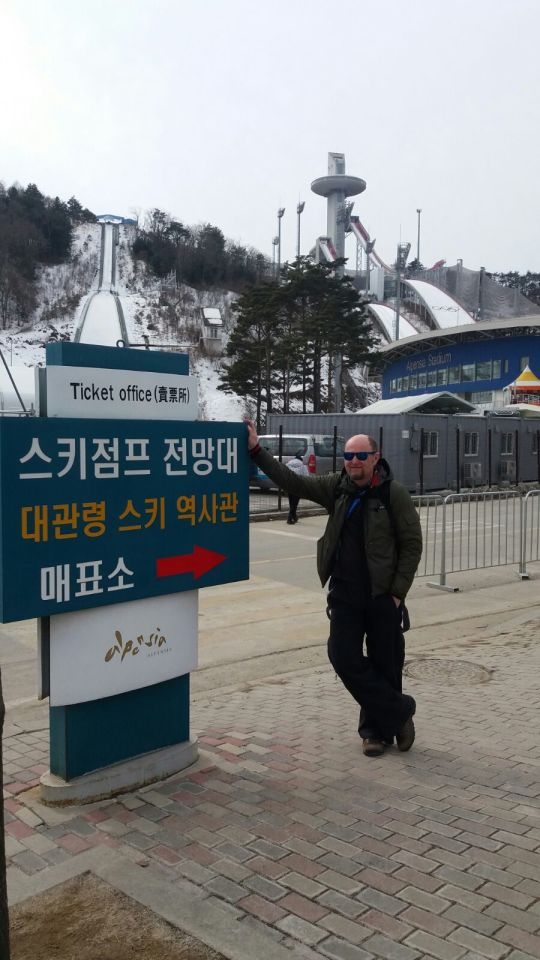 Every Olympics are stressful. We are short-handed. We manage to cover only two or three disciplines per day at the most. Besides, sports centres are 50 to 100 kilometres apart. The bus gets stuck in a traffic jam and you then have to run to make it at least for the ceremonial announcements. Reports are often written on the bus. I can’t do that, however, because it makes me sick. So I prefer not to eat all day. In Vancouver, for instance, I covered over 17,000 kilometres in 18 days.

I also missed a gold medal once. It was at the World Ski Championships in Val di Fiemme in Italy. Throughout the championships, the performance of Czech skiers was just average. We had arranged a joint ride with our colleagues from the Czech Television and we left earlier. And it was when Martin Koukal won the royal running discipline, the 50-km race. And I missed it. Fortunately, my colleague Jura Pošvář was there together with a team from Nové Město and he wrote the report for me.

And the shocking experience? It was probably Ledecká in Pyongyang. Her victory in the super giant slalom. She just stood there, looking at the cameras and not believing it. We stood near her and we also kept just staring and not believing it. And her team – they were astonished most of all. It was a giant surprise.

You visit not only the Winter Olympic Games but also the Summer Olympics. You have been at four of them. You were to leave for Tokyo this year, but the games were postponed due to the coronavirus pandemic. Will you go to Japan next year?

Frankly? I would rather leave it to my younger colleagues. It is really hard work. But on the other hand, it is also a great honour. It is the biggest honour I can get in this job. But we would deserve to have one more reporter at the Olympics.

My favourite place for down-hill skiing is probably Rokytnice. When the mountains are covered by snow, the black diamond slopes are beautiful. Abroad, I usually go to the Alps. I love the Italian Alps with their beautiful nature, but we often go to the Austrian Alps because they are closer. 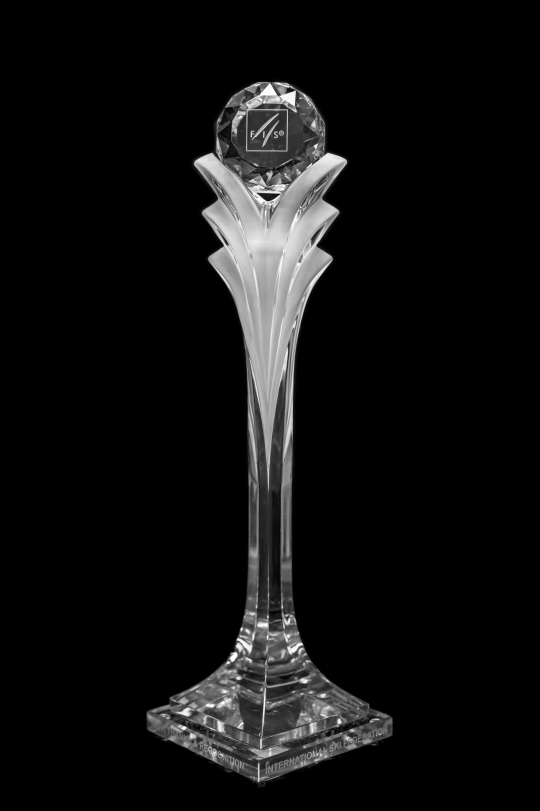 The International Ski Federation (FIS) presents annual awards to journalists nominated by their national ski associations for their promotion of skiing and snowboarding. Since 1993, a total of 87 journalists have been awarded.

"Out of Czech sports journalists, Radek was the first one to cross our mind," said Tomáš Haisl, spokesman for the Czech Ski and Snowboard Association. According to him, Smekal is a leading figure among journalists who write about skiing. "He has long experience. He has been to several Olympic Games and championships and he knows entire generations of athletes, coaches and sports officials. The award is in the best hands with him," Haisl added.