ČTK photojournalist Roman Vondrouš has won the main award of the Czech Press Photo 2020 journalistic competition with his picture, capturing a man passing through a disinfection gate. The coronavirus pandemic was the dominating topic of the 26th contest. The international jury has selected the winners out of more than 5,000 photographs from 288 authors. The award-giving ceremony was held online due to the pandemic. 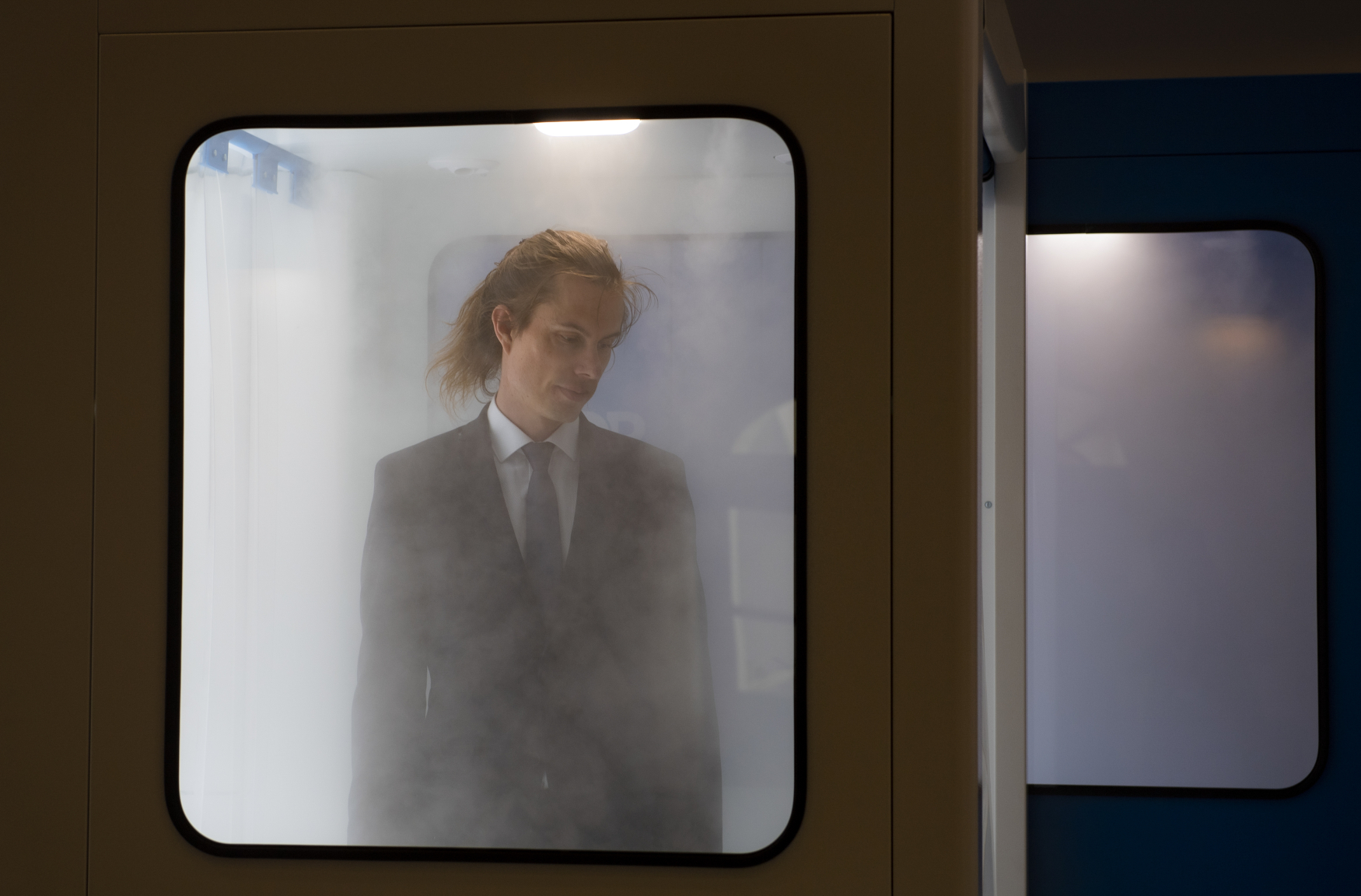 Vondrouš took the winning picture at the National Industry Summit in September. "When going to the summit, I did not expect such a photograph to be taken there at all, not to mention that it could become the Photo of the Year. I imagined a boring summit similar to a routine press conference we are photographing several times a year. Then, I saw the disinfection gates. When walking through such a gate myself, I saw the interesting light. I realised that a remarkable picture might be created there," Vondrouš said.

The special atmosphere was caused by the disinfection ozone, a falling light as well as the figure itself. "A man without a face mask appeared in the disinfection gate. Most participants were wearing face masks, while emotions were fading away behind them. This man had no face mask. So emotions in his face started intermingling with an interesting light, illustrating the final photograph, its atmosphere and the feeling of this period around that none of us enjoys," said the photographer, who scored success in the contest last year as well. He won the first prize in the News category with "The Prime Minister in the White House" series of photos. 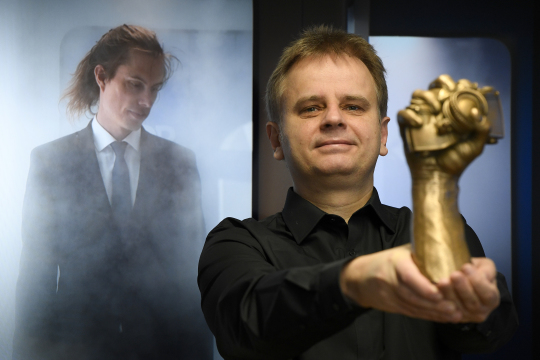 The jury members, too, praised the artistically pure work. "It provokes the feelings of isolation, fatigue, resignation and fears. It asks the questions: Is this the standard? Part of our new everyday life? What future is awaiting us?" jury chairman Joe Klamar said.

Vondrouš appreciates the main CPP award very much since during his career as a photographer, he never won the Photo of the Year title before. "I am very pleased to have received this award. But on the other hand, I must mention other photographers who are setting out for the streets and hospitals day after day, exploring the corona crisis issues. I think that the award belongs to all of them," the photographer, who has gained some 20 prizes in the Czech Press Photo since 2008, added.

In 2013, he won the Sports category of the World Press Photo prestigious international contest with his series from the Grand Pardubice Steeplechase. Vondrouš, who graduated from the Institute of Creative Photography of the Faculty of Philosophy and Science (FPF) of the Silesian University in Opava, has been working in ČTK since 2005.

The photos proving how the new virus has affected the lives of people in an unprecedented way dominate all competition categories, including Art, Sports and Humans and the Environment. Martin Divíšek from EPA, for instance, depicted the depopulated Prague streets in the Daily Life category. Pictures by David W. Černý from the Reuters agency that capture acrobats from the Cirk La Putyka artistic ensemble performing in the street succeeded in the Art and Culture category.

A series of snaps by Lukáš Kaboň from Deník daily of the tragic shooting in a hospital in Ostrava won in the News category. The special Prague Grant went to Amos Chapple from Radio Free Europe with his "Roof Guardians of Prague" project.

The ČTK special scholarship for young authors under 26 years, which includes a stay directly in the news agency, was given to David Stejskal for his"Medics in the Streets" series. 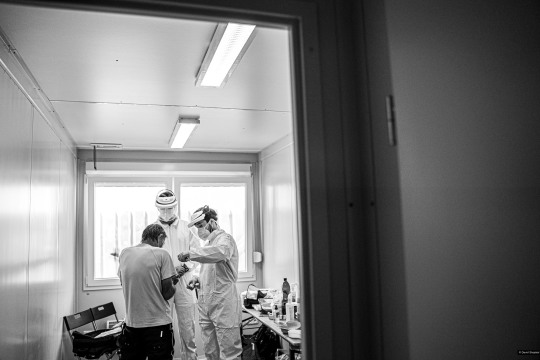 All winning photos are available on the Czech Photo website and on social media.