The Unwanted Moments photographic exhibition that opened in Uherské Hradiště today focuses on manipulation and censorship in photojournalism. It was prepared by the ČTK as part of the accompanying programme of the Summer Film School (LFŠ) festival. ČTK representatives, including its General Director Jiří Majstr, took part in the official opening in Palacký square this afternoon. 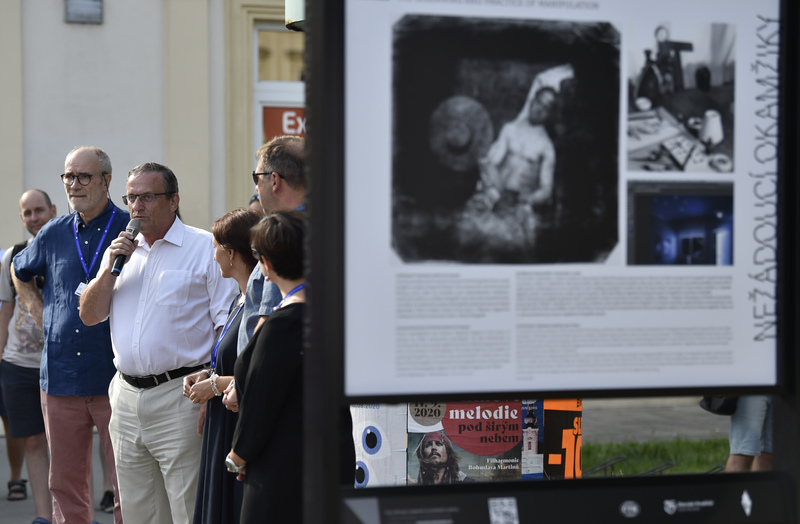 The display is partially based on the book Forgotten History in ČTK Photographs created by then photo desk editor-in-chief Dušan Veselý twenty years ago. He also helped prepare this year’s exhibition, offering 250 photos with accompanying texts on 20 double-sided panels. "It is to show manipulation in photography in the course of time. We can see at this exhibition that the first falsification of reality occurred as early as one year after the invention of photography in the 19th century," Veselý told ČTK today.

The displayed photographs capture the modern history of the Czech Lands from the foundation of Czechoslovakia in 1918 until the recent past, he points out. "The most frequent interventions are those that cannot be seen. Those are the photographs which were not allowed to be made because someone judged that this would be unsuitable. There are photographs here that were manipulated in order to change their content. This means that some people were removed from them, while others were added, and the captions were deleted along with other elements of the photos. The last kind of manipulation lies in the photos being stored in an archive and under certain circumstances not being allowed for further use," Veselý said. 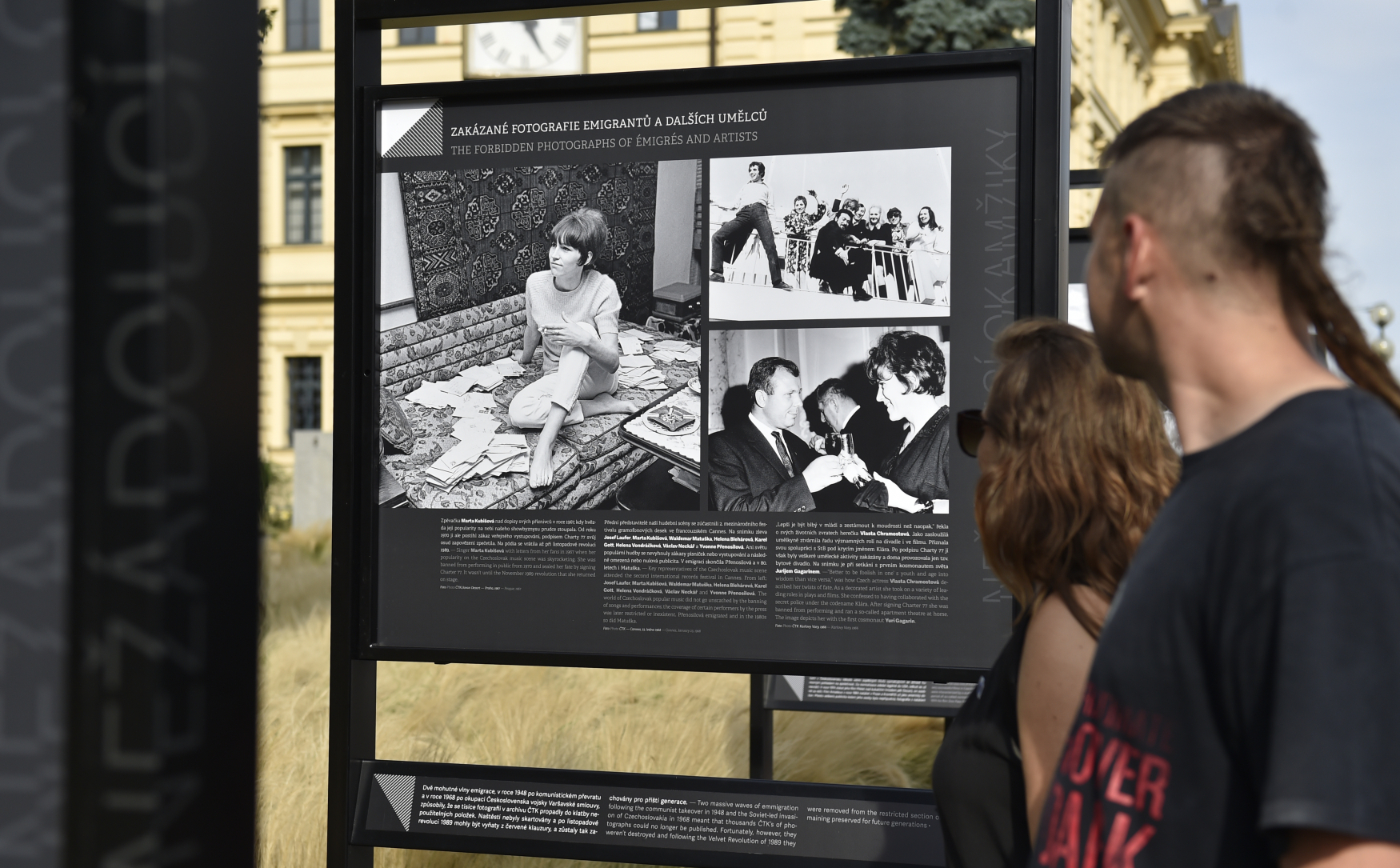 The cases of manipulated photojournalism also appear at present, for example, in photos from war conflicts. "This still works, but there are enough devices with which to verify the authenticity of a photo," said Veselý. He also mentioned the role of the Internet.

Majstr said the exhibition can show those ready to spend the time there and who would think of it how to process some information and where to look for stable points. "Yet the crushing majority of photojournalists want to approach the matter in order to show faithfully what is going on. On the other hand, any photograph is a certain section of the space and image and also a section of a moment. As a result, we can never objectively capture the entire reality," Majstr noted. 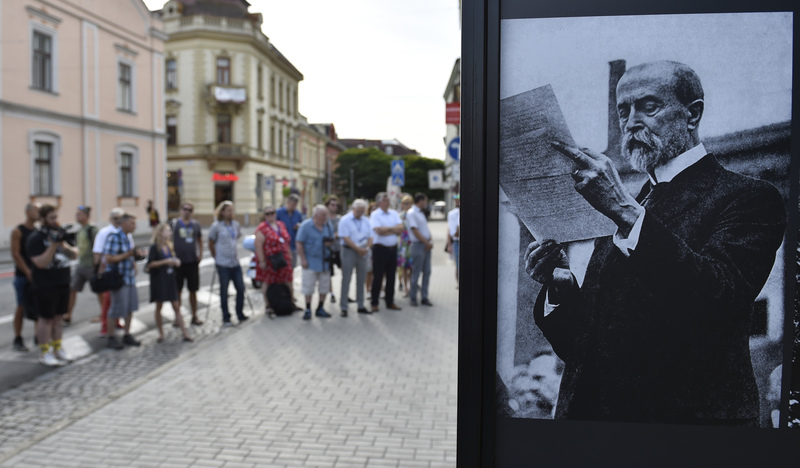 The exhibition will last in Uherské Hradiště until the end of September. Then it is to be presented in Prague at the end of this year, and its presentation in Brno and Olomouc in the meantime is being discussed. In 2018, the Moments of the Century touring exhibition to mark the 100th anniversary of the republic as well as of the ČTK foundation was held in Uherské Hradiště. Last year, the news agency staged the Moments of the Velvet Revolution photographic display on the occasion of 30 years of the fall of the Communist regime that was also premiered at the LFŠ like this year’s exhibition.