The ČTK news desk has experienced the busiest weekend of this year. During the regional elections and the first round of the Senate election, the national news agency issued some 400 stories, more than 200 headlines, 50 pieces of flash news, about 60 profiles, over 650 photographs, 70 audio recordings and some 20 charts, including data visualisations. It also broadcast five videostreams. 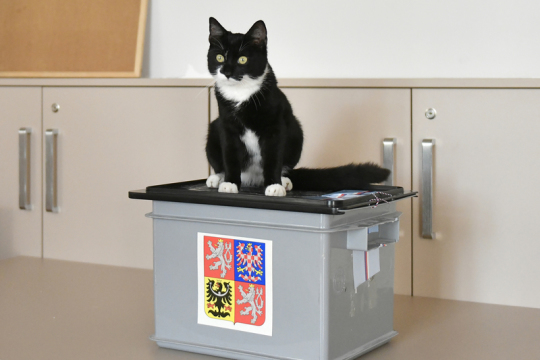 The ČTK again used a tool for the automatised generation of news when processing the election results, this time in a version that brought much richer background texts to the news desk and that is the result of cooperation between the ČTK and the Geneea Analytics firm.

The news items generated via an algorithm connected to the Czech Statistical Office’s data bear the desk signature "rur" (referring to Czech writer Karel Čapek’s science-fiction play R.U.R. standing for Rossum’s Universal Robots) and they were all checked by editors. During eight hours on Saturday, the ČTK issued 80 headlines, 40 flash news items and 53 news stories that were generated automatically from the prepared templates. 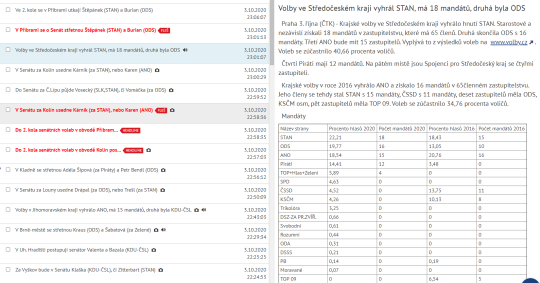 A look at a section of the list of the automatically generated news and one of the texts in the ČTK Infobank.

"The news generation has thereby sped up considerably, our reporters did not have to exhaust themselves by rewriting and copying the results, but they could immediately focus on reactions and post-election negotiations. While the robot’s speed took us by surprise a bit two years ago, this year, we manged to process the automatically generated texts fully fluently thanks to the editor’s desk being reinforced," Radka Matesová Marková, the editor-in-chief of the ČTK news desk, said. The agency will use the same tool for the generation of news on the results from the second round of the Senate election on Saturday, October 10. 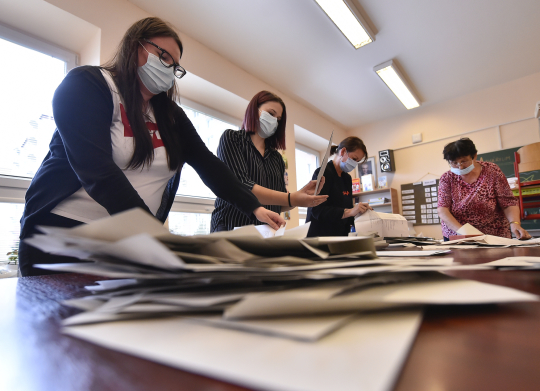 Added after Senate election second round

During the second round of the Senate election, the ČTK issued 52 headlines (two from each Senate ward), 26 flash news items and 26 “white” stories extending the flashes. In one ward, the senator was elected in the first round already.

"We issued all of this within one hour and forty minutes. In the meantime, reactions and other stories were naturally being released," said Radka Matesová Marková, the editor-in-chief of the ČTK news desk. The first automatically generated headline with the election results was issued at 15:11 and the last one at 16:53. The polling stations closed at 14:00.