ČTK photojournalist Roman Vondrouš is among the nominees in the Czech Press Photo (CPP) photographic competition. He has advanced in the Reportage category with his picture entitled "Ozone Disinfection" capturing the participants in the National Industry Summit 2020 held in Prague in September passing through a disinfection gate. The coronavirus pandemic is the dominating topic among the 26th contest nominations. 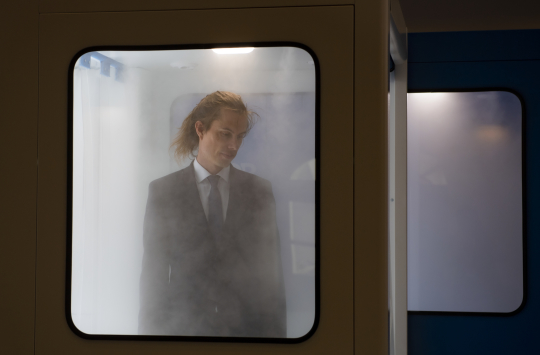 Journalistic pictures showing how the new virus has influenced people’s lives in an unprecedented way have prevailed in all competition categories, including art, sports and the environment. Out of more than 5,000 photographs sent to the competition, its international jury has also shortlisted the pictures of the tragic shooting in a hospital in Ostrava and of the then continuing trial of Marian Kočner charged with complicity in the murder of journalist Ján Kuciak. 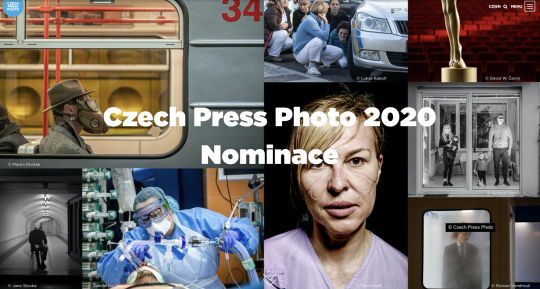 The international jury, whose member was also ČTK Photobank head Petr Mlch, has selected the nominated photographs in seven categories, assessing both individual pictures and series jointly. Five experts evaluated the photos by 288 authors from the Czech Republic and Slovakia. On the basis of the jury’s recommendation, the Prague mayor has traditionally chosen one of the two main competition awards. The Prague Grant Award went to photographer Amos Chapple from New Zealand for his series “Roof Guardians of Prague,” mapping hidden statues on Prague roofs. The Prague Grant carries money for a one-year monitoring of the city changes.

Tomáš Benedikovič from Denník N daily is nominated in the Spot News category for his picture entitled "Kočner" depicting the prosecuted Kočner surrounded by police officers in hoods at the Specialised Court in Pezinok in February. Lukáš Kaboň from Deník is nominated for the photograph "Shooting at the Ostrava Teaching Hospital" and Jaroslav Novák from the TASR Slovak news agency for his photo "Farewell to Corona" depicting a feast on Charles Bridge in Prague centre, where the organisers invited people to a symbolic coronavirus crisis farewell ceremony on June 30. However, many other photos in the competition, on the contrary, witness the society fighting with the highly contagious virus in the spring and then this autumn again.

This is the case of the Reportage category, in which, along with Vondrouš, Gabriel Kuchta from Deník N is nominated with his picture "An ICU During Coronavirus Pandemic" capturing healthcare personnel in the Prague General Teaching Hospital treating COVID-19 patients in March.

Vondrouš has scored success in the CPP contest several times. Last year, he won the People in the News category with a series of photos "The Prime Minister in the White House" from Andrej Babiš's working visit to the United States. 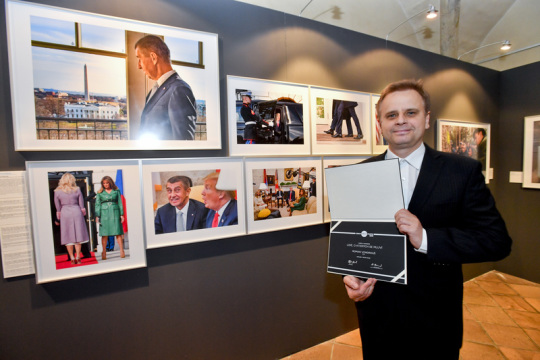 The organisers will announce the winners of this year’s CPP on December 2. The form of the ceremony will depend on the government measures. The exhibition of the winners is to be held from March till October. All nominated photos are available here.