The number of ČTK videos and streams has doubled

The Czech News Agency (ČTK) currently offers its clients twice as many videos and live broadcasts over the Internet as at the same time a year ago. Authorities and companies are finding that video conferencing and video presentations are the best solution in times of pandemics and various related restrictions. ČTK serves as a unique distributor of content directly to "target" groups. 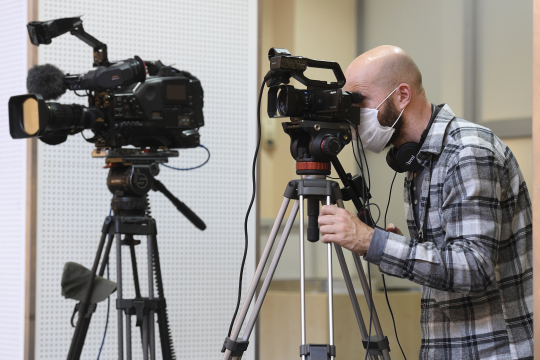 ČTK can deliver videos not only to the media, but also anywhere else according to the needs of users and clients. Live broadcasts are also distributed via the news website ceskenoviny.cz and on social networks.

Since the declaration of a state of emergency (ie from March 12) to this day, ČTK broadcast 46 video streams, 13 of which were paid for, as arranged by its PR division Protext. In the same period last year, there were 22 video streams (13 via Protext). This is a twofold increase despite significantly worse conditions, the news editor Zdeněk Fučík said.

ČTK video reporters mainly cover press conferences of the government and ministries, or other public bodies, various professional associations such as the Czech Chamber of Commerce, communication agencies or companies directly. 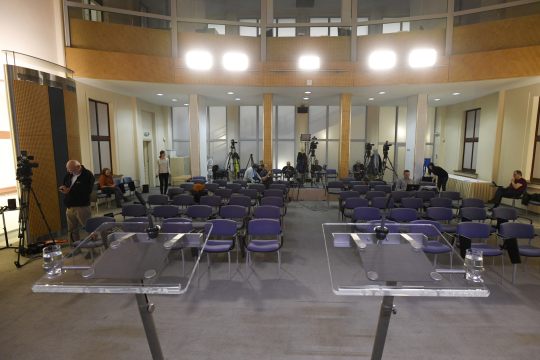 According to ČTK cameraman Hynek Beran during the coronavirus crisis, the content of his work does not differ, only there are many more broadcast hours and everything is more difficult to plan. "The hardest thing is to sit in government for half a day and wait for the planned press conference only to find it has been postponed once again. Everything is being moved somehow, so it is difficult to plan," Beran said. According to him, due to the obligatory face masks sometimes it is not possible to recognize who is talking on the press screens and to point the microphone at them.

In the current crisis time, due to restrictions, the number of paid video streams has not increased, and yet their production at ČTK is increasing every year. In 2018, when the PR division of Protext started the service, there were 41. There were already 80 last year, and this year it plans to exceed 100. "Everything bad is good for something. During the current limitations the companies found out that conferences and presentations can be made via video," director for Strategy and Development Jaroslav Kábele said.