ČTK publishes a special magazine to commemorate 30 years of freedom

On the occasion of the 30th anniversary of the Velvet Revoution of 1989 events, the PR unit of the Czech News Agency published its largest printed special magazine so far entitled “30 years of freedom, 30 years of free enterprise”. It has a total of 76 pages and will be released on November 15 on the occasion of the conference "30 Years of Freedom" organized on the same day by the Senate of the Czech Parliament. 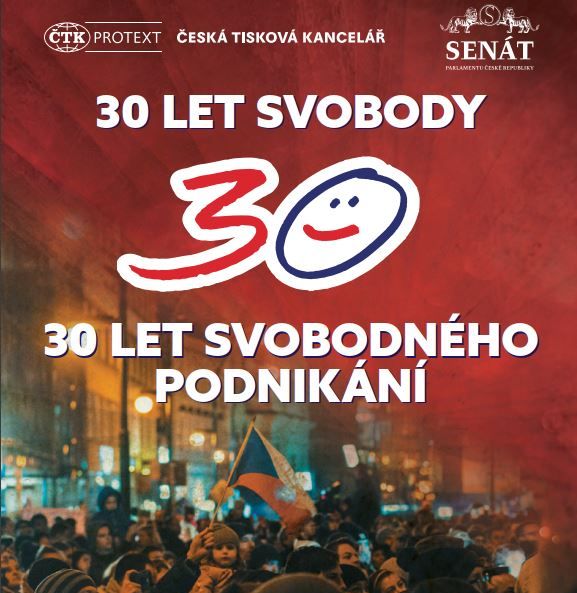 "We took the rare opportunity that the upper house of the parliament - the Senate - decided to commemorate this important anniversary of the 30th anniversary of the Velvet Revolution and hold this significant content conference," said Jiri Majstr, ČTK CEO.

According to Jaroslav Kubera, Speaker of the Senate, one of the basic benefits of November 89 was the opening of the possibility of free enterprise and free market, and thus the start of economic prosperity of the country. "The Senate commemorates this anniversary with professional conferences and public events, but I also invited the Presidents of the Parliaments of the Visegrad Group countries to Prague, because the changes that took place in 1989 brought freedom to the whole Central European region," Kubera added.

An on-line version is also available as a special supplement on the ČTK news website Českénoviny.cz; here is also a complete printed magazine for download in PDF format.